What is Health Insurance?

What is Health Insurance?

Health insurance in India is still for the privileged few and is, however, still largely in the form of a plain vanilla cover, mediclaim, introduced a decade-and-half ago. Customization is used in group health insurance by corporates for their employees. In the case of the individual, customization has not taken off despite the fact that we now have different products such as hospital cash, critical illnesses and so on. For any product to be customized, the awareness level has to be high.

When you sign up for a new health insurance policy, it doesn’t get implemented with immediate effect. The policy comes into effect after a ‘waiting period’, which depends on the kind of insurance and other factors, such as age, your medical history and the company. In other words, the insurer is liable to entertain any claim amount filed only after this waiting period.

However, following are the broad indicators of waiting period. There is an initial waiting period of 30 days, which goes up to 90 days in some cases, from the effective date of the policy. Some insurance policies may permit treatment for accidental external injuries with a minimum of 24-hour hospitalization.

This feature is most common in insurance policies designed for senior citizens. Also, the insurer may insist that you stick with the same insurer if you want the cover to continue without further waiting periods in future.

The third is the ailment-specific waiting period, during which an ailment will not be covered. This again varies from company to company. But some common ailments that involve waiting periods include, ENT disorders, polycystic ovarian diseases, diabetes, osteoarthritis, osteoporosis, hypertension and hernia. These ailments are usually covered only after two years from the date of commencement of the policy. 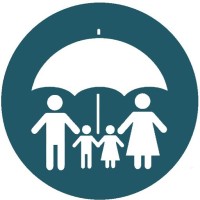 How can we help ?